Iberdrola to deliver LNG to DONG Energy from 2011 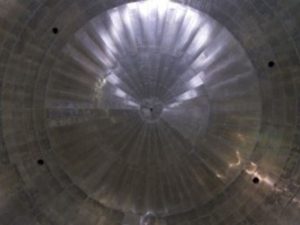 DONG Energy and the Spanish company Iberdrola have signed the commercial terms for Iberdrola to deliver LNG (Liquefied Natural Gas), corresponding to about 1 billion m3 of natural gas per year to DONG Energy from the end of 2011. The ten-year agreement that will take effect in 2011 includes an option for a five-year extension. Completion and signing of the final agreement is expected by mid 2010.

The LNG will be delivered to Gate terminal in the port of Rotterdam. DONG Energy is a co-owner of the terminal and also has part of the import capacity at its disposal. From the terminal, the Dutch transmission system provides access to the north-western European gas market.

“We are very pleased to have Iberdrola as our LNG partner. The first building block was laid in 2007 when we invested in Gate terminal together with other European energy companies. Following our entry into the LNG market, we have been given many more opportunities for sourcing gas than those provided through the European pipeline network”, says Kurt Bligaard Pedersen, Executive Vice President at DONG Energy.

“The agreement with DONG Energy is for many reasons a milestone in the European energy sector, in particular LNG, and underlines the importance of long-term contracts in achieving security of supply,” said Angel Chiarri, Energy Management Director at Iberdrola. “It also demonstrates Iberdrola’s agility in managing its liquefied natural gas portfolio.”

“”I consider the signing of this contract a crucial step in the further development of the Netherlands as a Northwest European Gas Hub. Given the importance of LNG to the further development of the Gas hub, my government has been doing all it can to support and facilitate initiatives for the construction of LNG facilities. This contract makes clear how important the investment of the Gate terminal is and will be for the future security of supply of Northwest Europe”, said the Dutch Minister of Economic Affairs, Mrs Maria van der Hoeven.

DONG Energy aims to contribute to the security of supply in those markets, where the company is present. This will be done by ensuring supplies from different sources. The agreement with Iberdrola is an important step in these efforts, in which DONG Energy’s own gas production and gas supplies from European partners as well as the future import of natural gas from Gazprom in Russia are the other three important elements.

Owners and customers at the Gate Terminal
The state-owned, Dutch transmission company, Gasunie, and the world’s largest independent terminal operator, Vopak, each owns 40% of the terminal. RWE-Essent, OMV-Econgas, E.ON Ruhrgas and DONG Energy each owns five per cent. In addition to their ownership interest, the four latter companies have at their disposal 12 billion m3 of the terminal import capacity per year. The content of this announcement does not alter the previously announced expectations for DONG Energy’s financial result for 2010 or the announced expected level of investments.

What is LNG?
LNG is natural gas that is liquefied by being cooled to minus 161 degrees Celsius. Liquefied gas takes up 600 times less space compared to gas in its gaseous form. The LNG is transportable in special purpose-built tankers, enabling transportation of gas over long distances. In the import terminal, LNGis vaporised and pressurised before being led into the gas transmission system for further distribution and sale.

Facts on Iberdrola
Iberdrola (www.iberdrola.com) is a quoted company with a global reach and an experience forged over more than 100 years dedicated to energy development and quality and reliability of supply. Following a period of rapid growth and international expansion starting in 2001, it is today one of the largest electricity companies in the world by market capitalization, with operations in 40 countries, a workforce of 32,500 and 28 million customers. The Company’s geographical footprint mainly comprises the Atlantic area: Europe, the United States and Latin America. Iberdrola is the leader energy group in Spain with a total installed capacity of nearly 44,000 MW. Its pioneering focus on clean energy generation has led to it to become world leader in wind power. Its Iberdrola Renovables subsidiary, which has listed on the stock exchange since 2007, has an installed capacity of more than 10,700 MW.